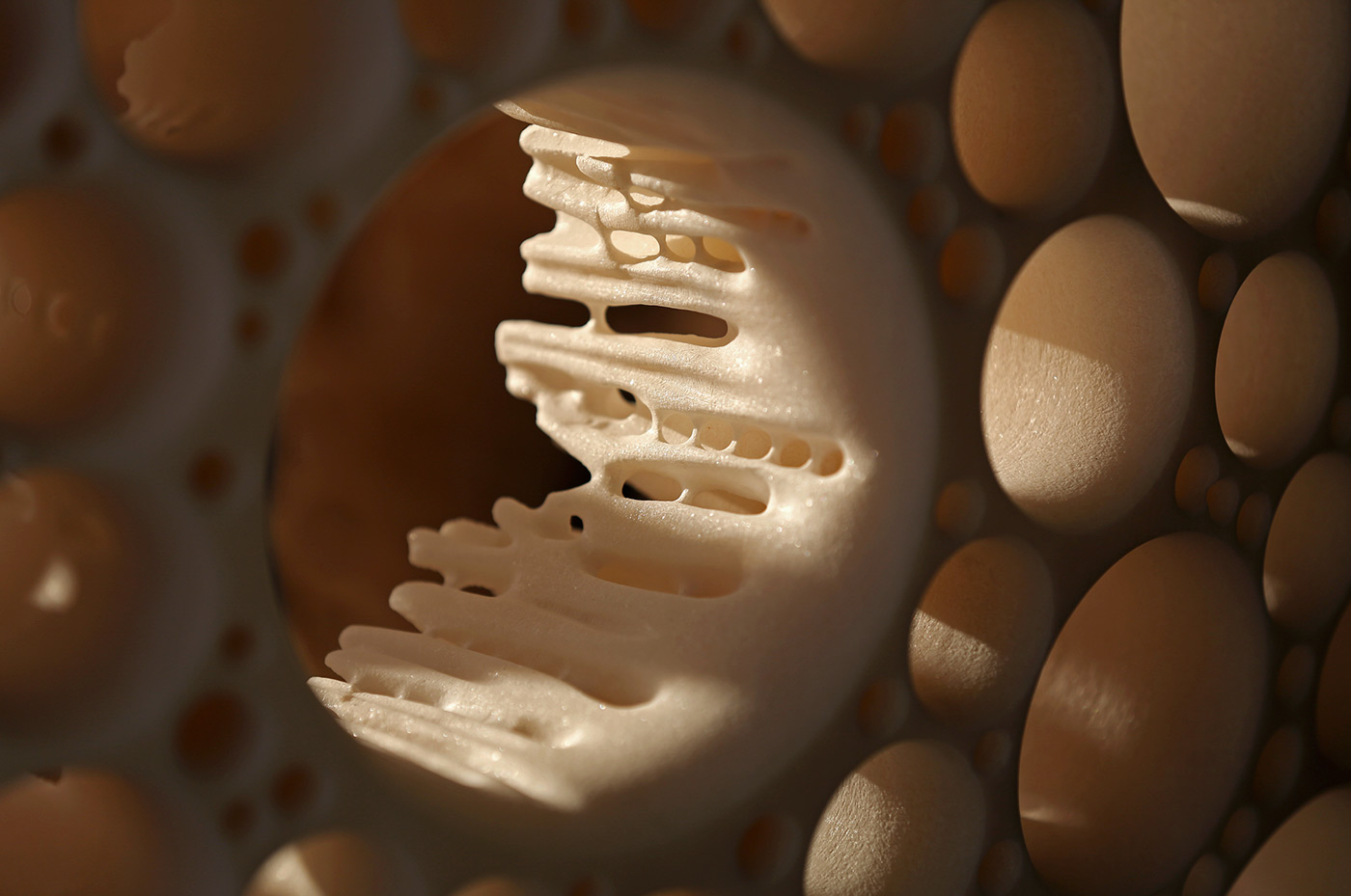 A long and self-imposed journey, Planet 108 constitutes a material translation of the alignment between the cosmos, its energy fields, and humanity. Interested in cymatic patterns for a decade, German artist Matthias Contzen’s (b. 1964, Aschaffenburg) practice focuses on translating visual representations of sound waves, which pass through his physical body, into solid matter. The result is a vast array of subtle variations: borne out of meditative states, each work translates a different energy wave, which he converts into a conceptual note. His practice reshapes spiritual experiences into tridimensional formats.

Contzen does not have a specific working method. Instead, his practice is an extension of his life-style, one which is characterized by consistent routines of yoga, meditation, shamanic rituals and mantra chanting. These rituals, he suggests, are conducive to a greater alignment between the sensory body and the broader energy fields that he inhabits. He frequently reaches spaces outside his physical dimension, feels energy explosions (that he relates to the Big Bang), and then translates them into marble.

Planet 108 takes all these intentions further. Not only the piece results from a sustained ritual practice, the work incorporates rituals in its making process. His yoga practice inspired him toward a 108-day journey, in which he listened and chanted to the mantra “108 Sri Devi Ashtottara Shata Namavalih” or “108 Names of the Goddess”. For 108 consecutive days, Contzen chanted for different human virtues such as Shanti or Greater Peace, Amrut or Divine Nectar, Anantaayai or Infinity, among many others. The piece, measuring 108 cm diameter, displays 108 larger perforations which serve as resting temple for the goddesses which are surrounded by the energy field patterns he visualized. 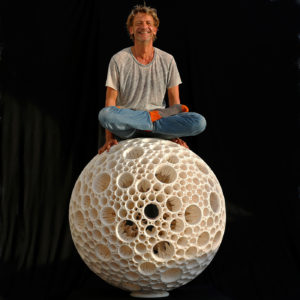 hroughout the journey, the 108 days converted into 108 lessons of resilience. On July 23, 2018 Contzen expressed: “I am working on it. It is working on me.” Planet 108 follows the art historical tradition of daily projects such as sketch diaries, or the literary tradition of journaling. But its size, stature and rock-solid density challenge the rubric. Not only the piece defied his intention, it also delayed his process through episodes of sickness and delays of sorts. These obstacles constantly reminded him that his medium of choice, for its slow manufacturing process, requires time. Thus, he connected to one of the names of Devi, Balaayai, or Great Strength. 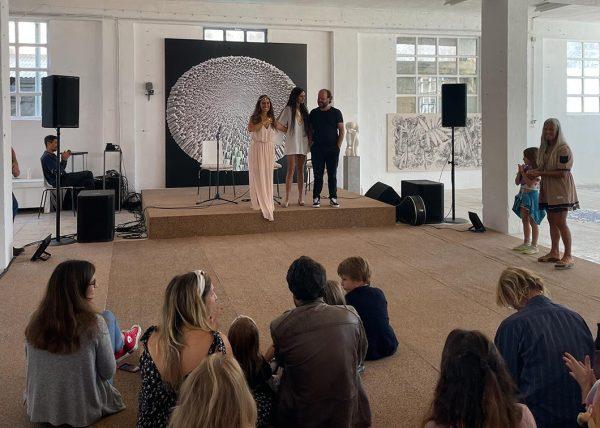 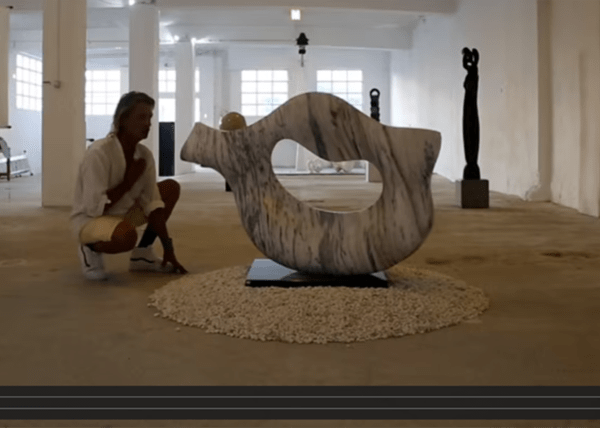 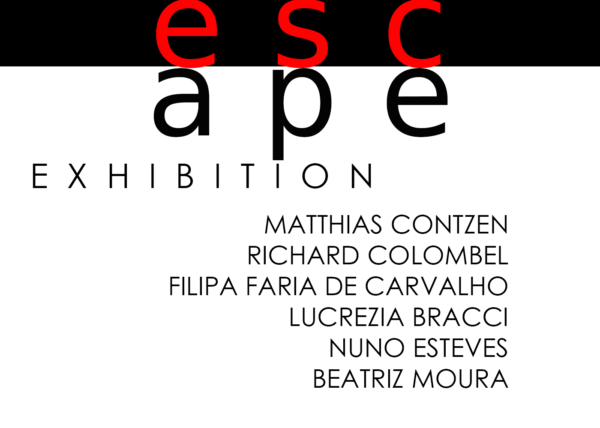 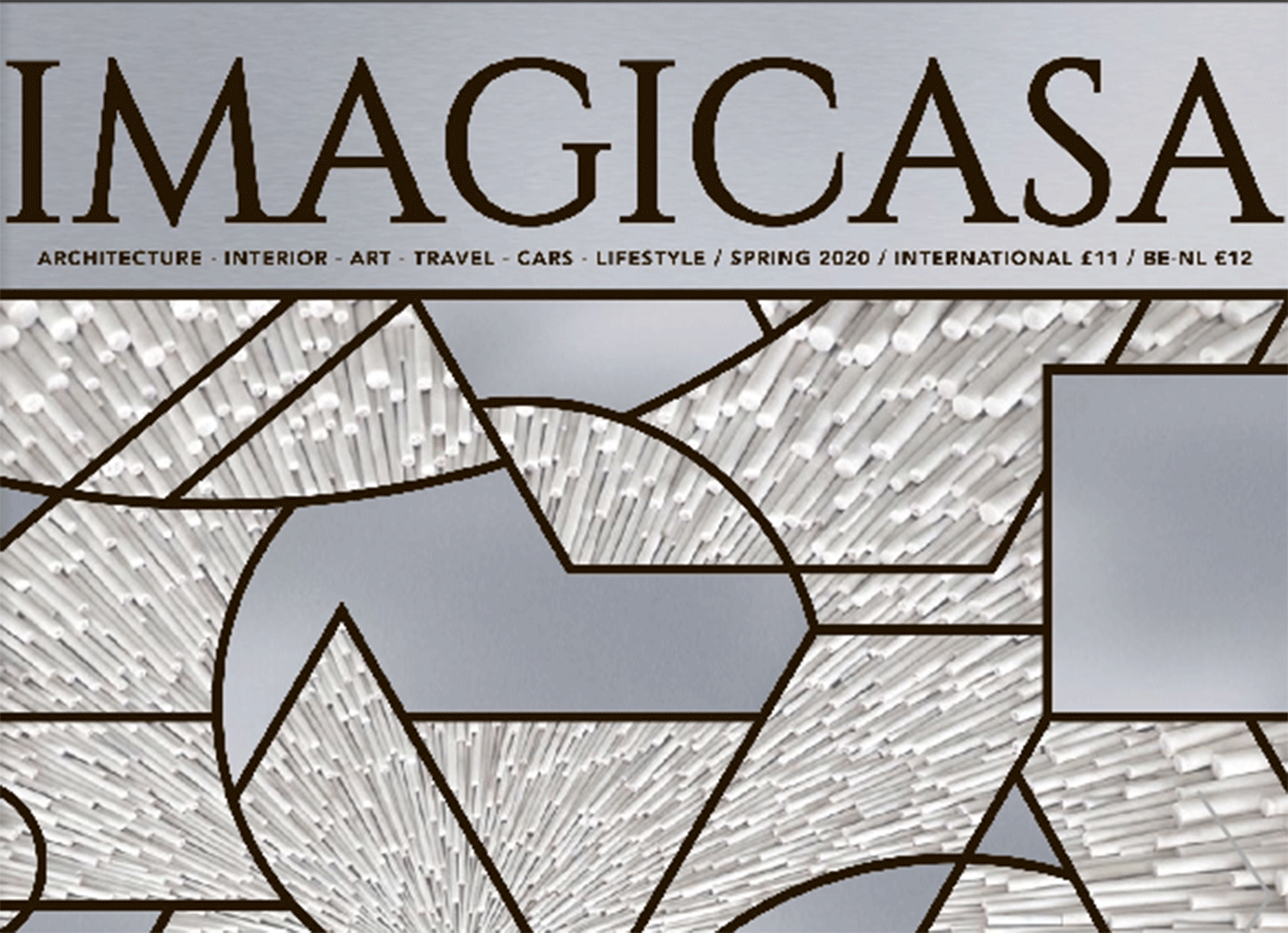 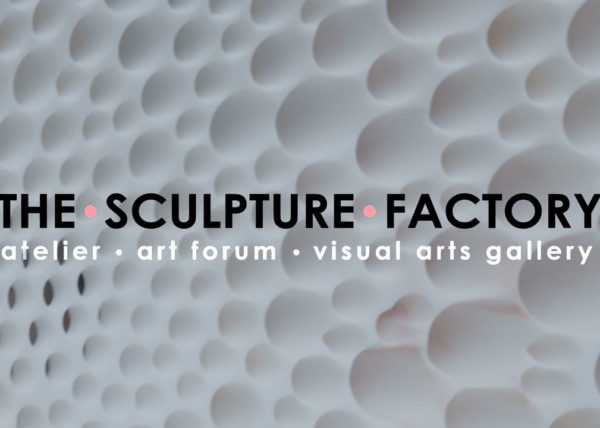 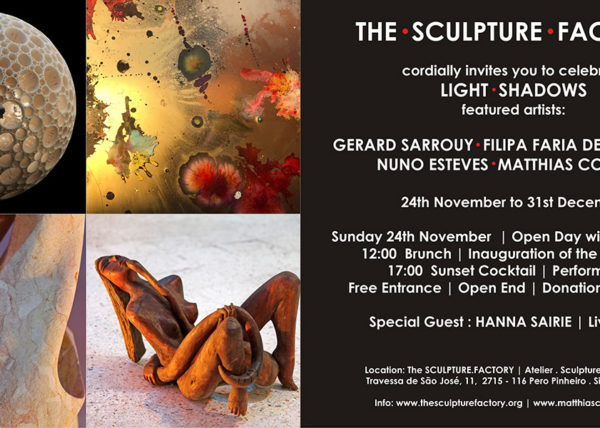 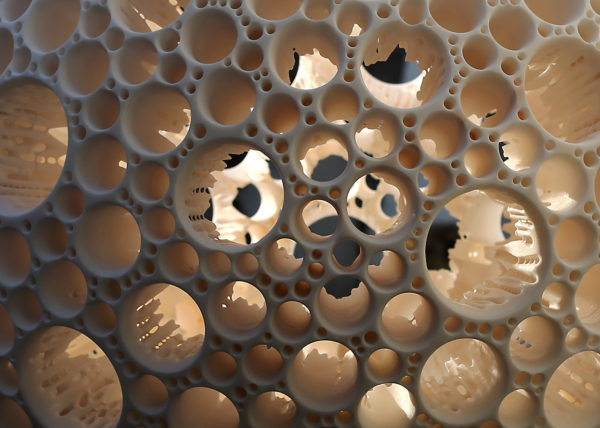 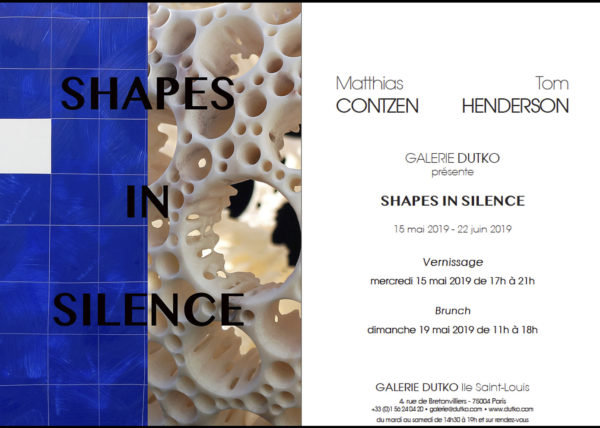 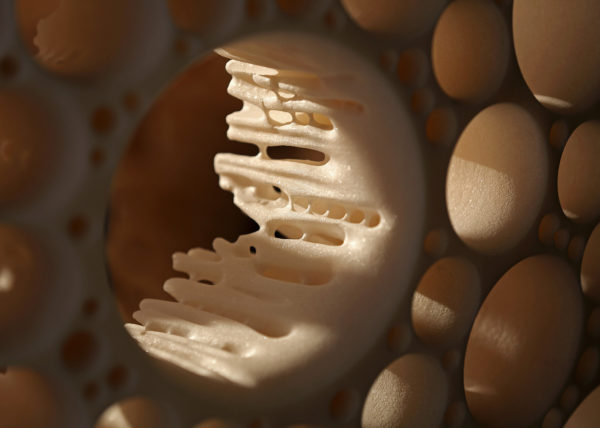 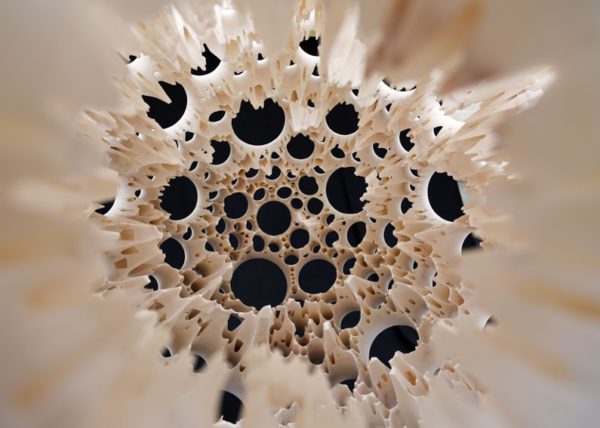 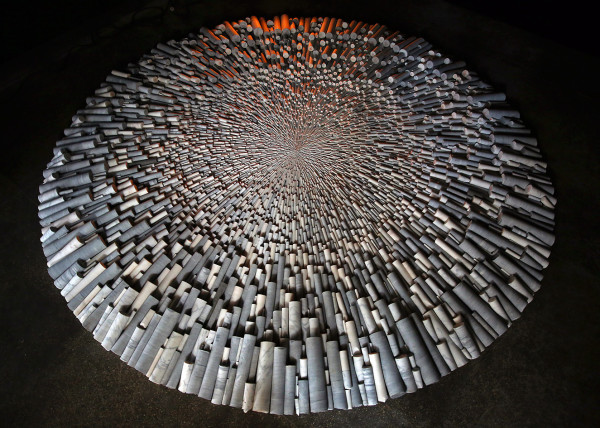 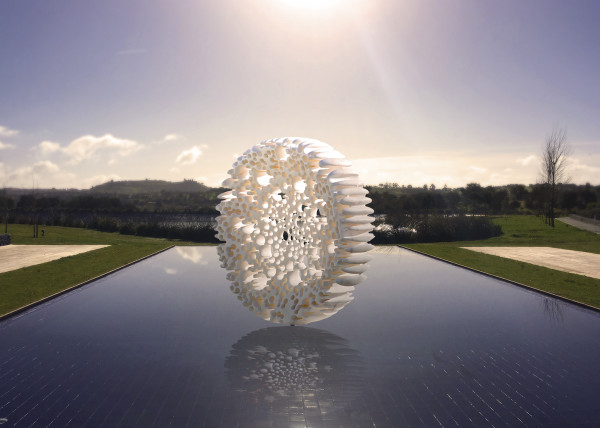